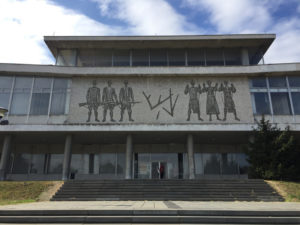 Consisting of three separate buildings, the Museum of Yugoslav History should be the first stop for visitors interested in the former Yugoslav state. With over 200,000 items the museum presents a comprehensive picture of the country that existed from WWII till the 1990s, with special emphasis placed on the life and work of Josip Broz Tito. In fact, the museums premises contain the so-called House of Flowers, which is the final resting place of Tito. Meanwhile temporary exhibitions and special events are held in the adjacent 25th of May museum, while the Old Museum houses a dizzying array of gifts given to Tito by various foreign dignitaries, statesmen and visiting delegations over the years, and serves as a sort of mini-ethnological presentation of the represented countries. Definitely not to be missed!